In May, we had the pleasure of exploring part of the Brecon Beacons National Park with a dozen 16-18yr olds from Carmarthenshire, who came to us over two weeks through a Further Education course in Outdoor Education at Coleg Sir Gar.

We were kindly hosted by Gavin and Vina Hogg at Penpont, a 2000 acre working estate in the Usk valley, where we focused on woodland exploration, willow weaving, dry-stone walling and water-colour painting.

It was delightful to see the group tune in to this beautiful landscape and begin to become aware of where they were choosing to direct their attention. As we walked up through the woods, the group began to notice flowers they hadn’t seen before and birds whose names sounded familiar but whose colours, form and movement came as a wonderful surprise: a heron, two red kites, a goldfinches and a reed warbler.

The willow weaving was done in buff willow giving the group a chance to each create a bird feeder over several hours. Some found it surprisingly difficult; others were surprised at how their hands seemed to know what they were doing!  Some decided to give the bird-feeders as gifts to family; others were so proud of them that they clung to them protectively.

We were joined by Robert Macdonald, who is the President of the Royal Watercolour Society but who happens to live on the Penpont estate. With Robert’s encouragement the group reflected on the landscape they had just explored and expressed themselves wonderfully in water-colours responding to the theme of ‘head-heart-hands’. 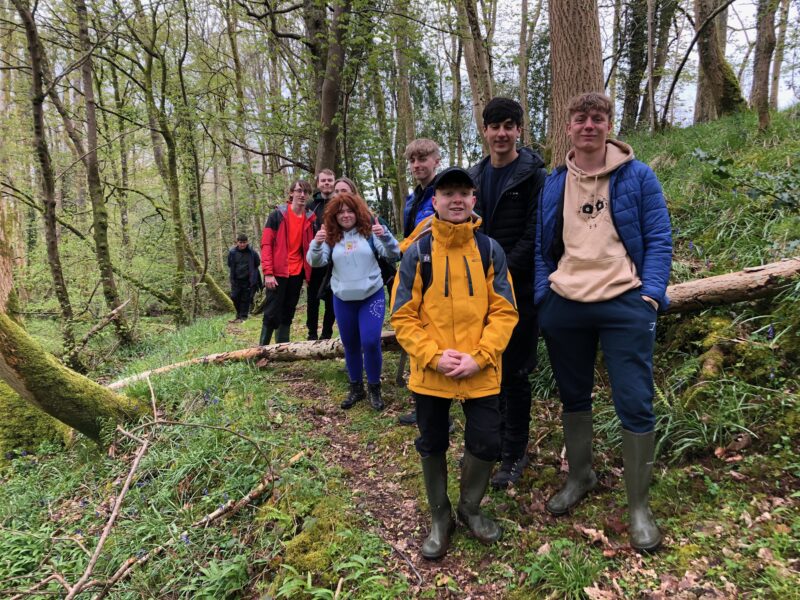 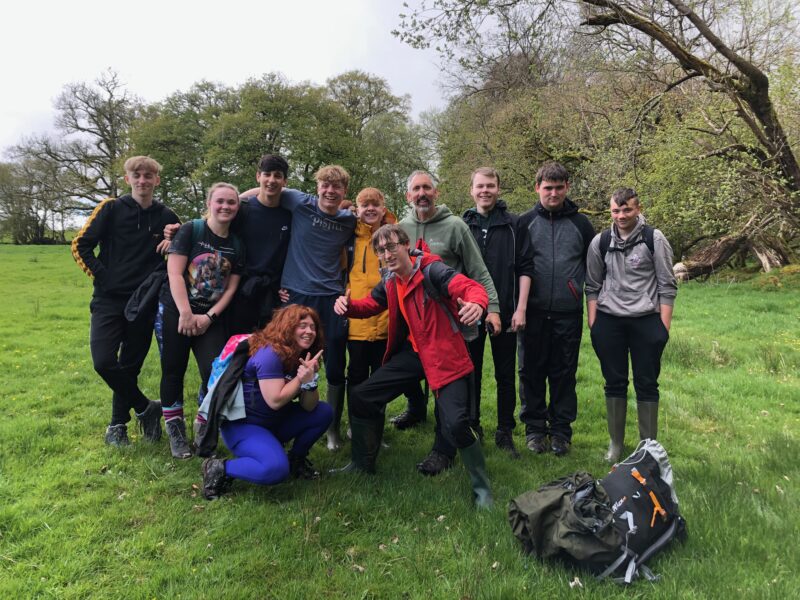 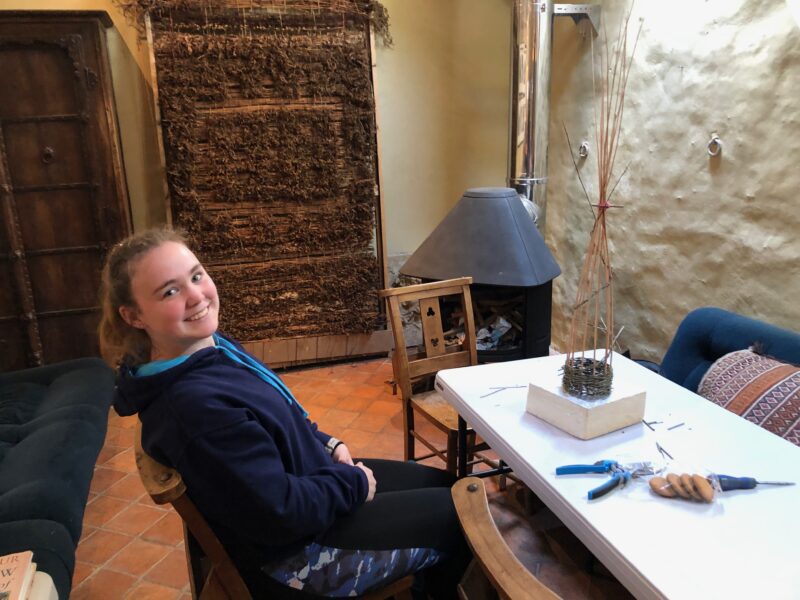 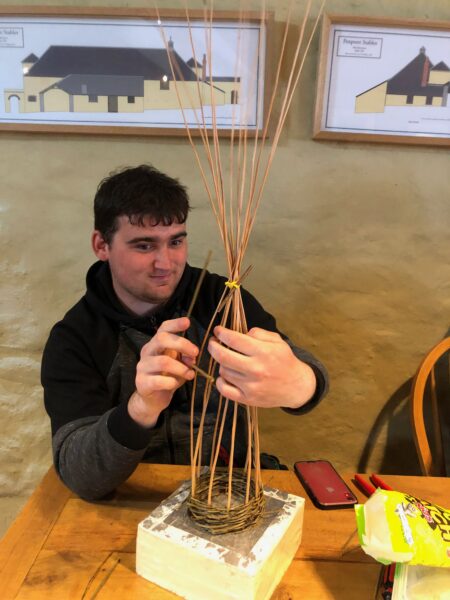 Making the most of a gap in the weather, the group received instruction in dry-stone walling from the experienced landscape historian and dry-stone waller Stuart Fry. We met at a ruined barn tucked into the hillside beneath Pen Y Fan. The group worked in pairs to dismantle the stone, clean and sort it, and then reassemble a 5 m stretch of wall. For some, this was the most peaceful experience they could remember; for others the satisfaction of seeing the fruit of their labour was unmatched; for all of them, they were struck by the beauty of the landscape and the natural world, which came into focus for them through Stuart’s guidance – a fox earth, a common toad, remains of a Roman camp, Iron Age walls.

We hope to continue with the wall and with the process of finding our place in this landscape. There is certainly no end of wall that needs repairing! 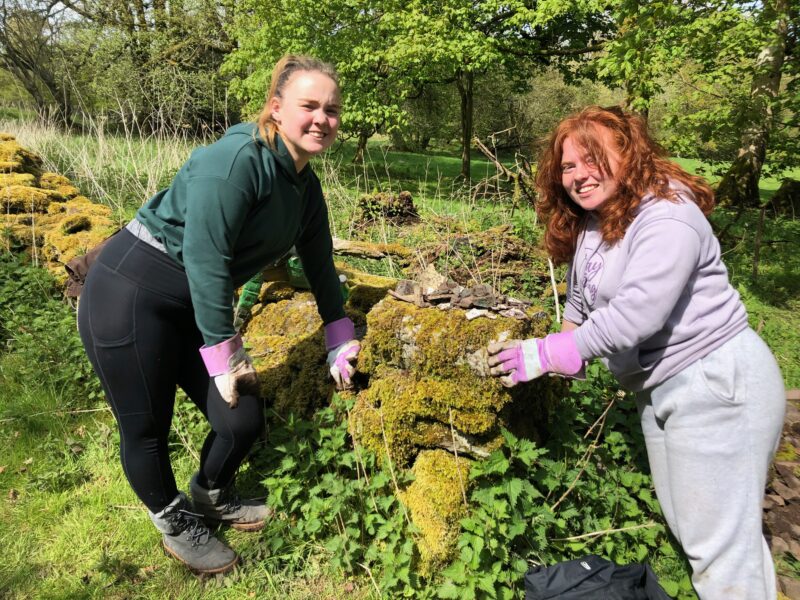 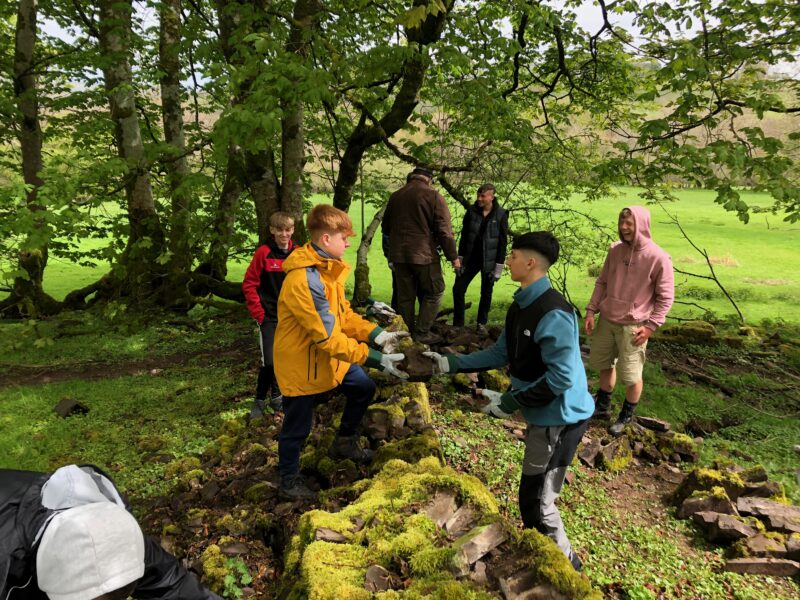 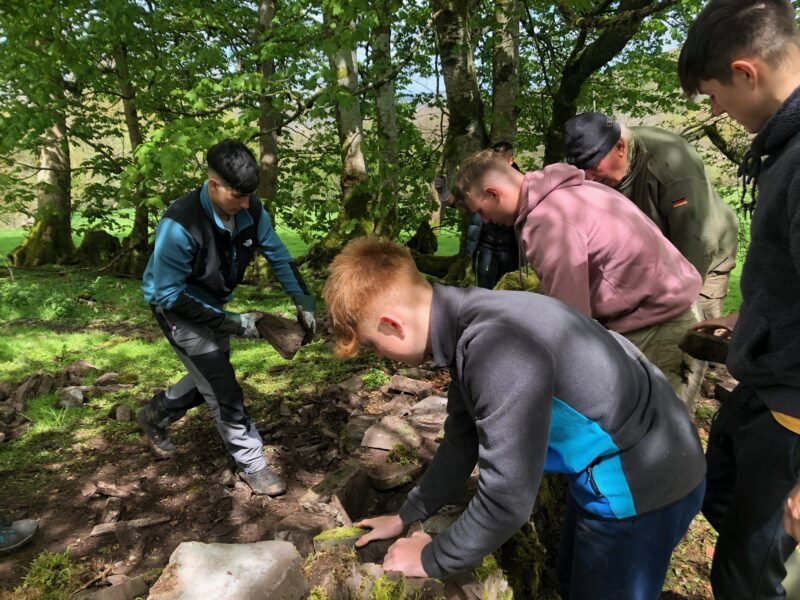 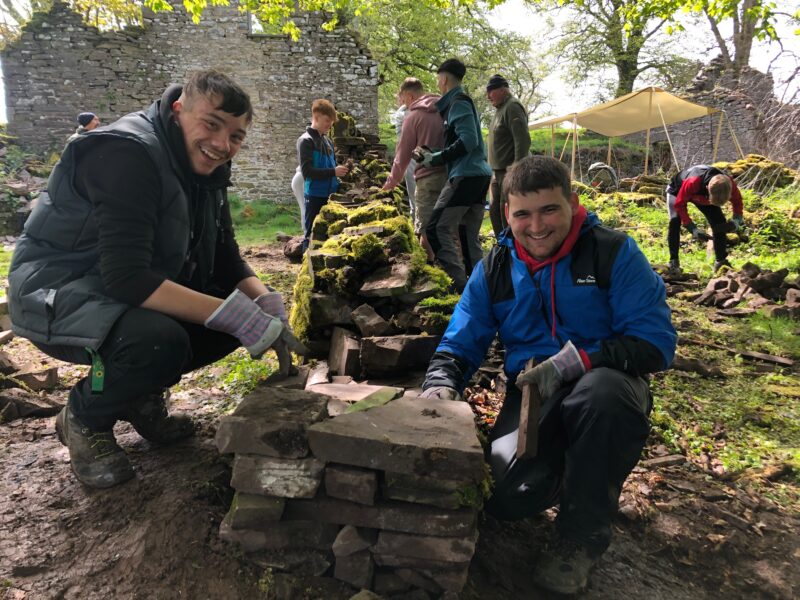 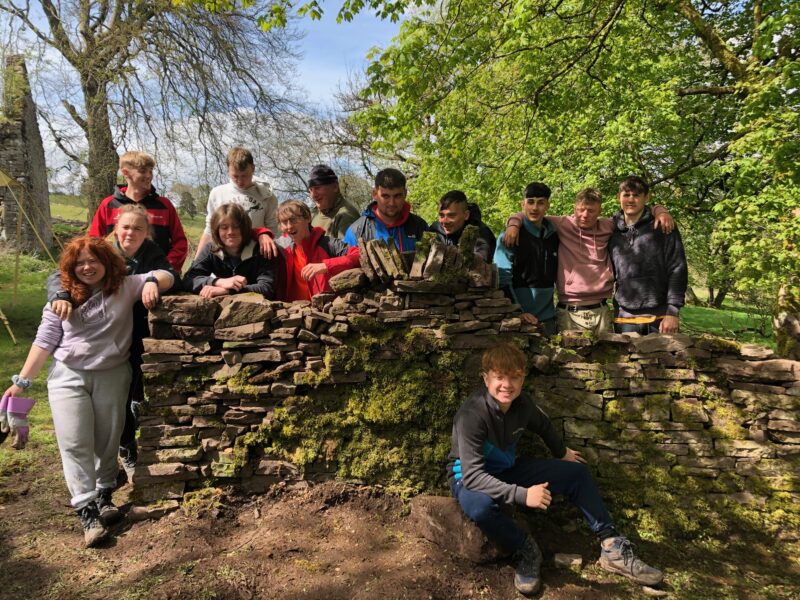 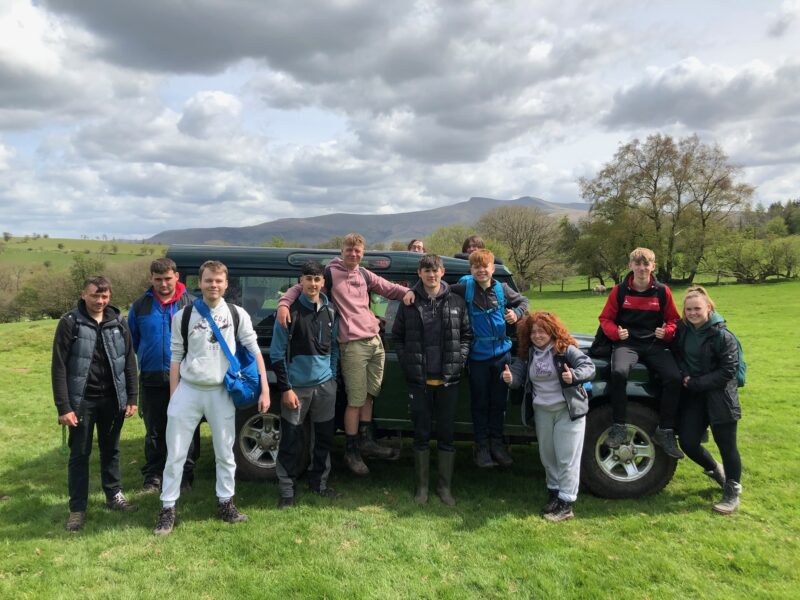